What Is The Major Arcana?

What Is The Major Arcana?

Tarot Card Reading is one of the most popular psychic divination practices done all over the world. All Tarot Decks comprise of 78 Tarot cards made up of 22 Major Arcana cards and 56 Minor Arcana cards. The pictures on the cards are rich in meaning and the pattern they form helps readers gain an insight into someone’s life. Though the art is different for every deck, each card is unique and may represent a different connotation but all reveal universal imagery, symbols and stories which are interpreted by the Tarot reader.

What’s the difference between the major and the minor arcana cards? 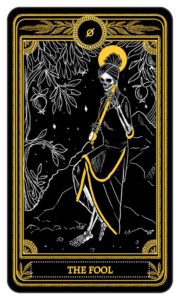 What do the major arcana represent?

The major arcana tells the story of a person’s journey to enlightenment. The deck starts with The Fool (0) and ends with The World (XXI). It tells of The Fool’s transformation from a simple-minded person to an enlightened being by meeting the teachers in the numerical order of I to XX of the cards of the major arcana. As each card reflects universal imagery and symbolism, The Fool learns of life lessons which transform him to become his best version. What is the order of the major arcana cards?

Following the Rider-Waite Tarot Deck, the most used Tarot card in Western countries and the standard for most Tarot cards, the numerical order of 22 major arcana cards are as follows: Each of these Tarot cards has numbers associated with numerology and other universal symbolism. For example, the Empress is attributed to the expansive number three, while the Hierophant or the High Priest is attributed the wise number five. All these images and numbers have more symbolism and meanings in numerology which experienced readers and those with a rich understanding of the Tarot can read into to provide more comprehensive and enriching insight.

How do you read the major arcana Tarot cards?

When you get a major arcana card, you are invited to reflect upon the lessons and themes echoed by the card. When the reading shows more cards from major arcana than the minor arcana, this means that you are currently going through or are about to experience a major event which can change the course of your life.

Do you separate major and minor arcana?

The common practice of Tarot card reading makes use of the Three-Card Spread which requires separating the major arcana cards from the minor arcana cards so that cards from the minor arcana which represents the past, the present and the future, can be interpreted by the larger themes present from the major arcana.  But generally, the set-up of the cards would depend on the Tarot reader and how they can get the best reading from their practice. Psychics, Clairvoyants, Mediums and other Intuitives which use Tarot cards in combination with their natural psychic abilities will also have a different way on how they set-up their Tarot cards.

At Psychic Truth, we have highly intuitive psychics with a deep understanding of the Tarot Cards. Our experienced psychics use Tarot Cards and other psychic tools combined with their natural psychic abilities to gain rich and valuable insights which help them create a more insightful, meaningful and enlightening psychic experience.