AstroTarot – Glimpse of 2022 for Scorpio

AstroTarot – Glimpse of 2022 for Scorpio

As usual, I will start off with the general astrological information of which there is quite a lot of stuff, moving on to the more personalized influences and then finishing with three tarot cards.

2022 is going to be good. All the planets are going to be active, but the most active of them will be Jupiter, lucky Jupiter. As the planets move around the zodiac, they bring their energies to the house or the sign that they stop in. But the energy from them isn’t actually triggered until the moon gets involved. We’ve got a lot of powerful things gearing up, starting off with the partnership between Jupiter and the moon. It should herald a return to happier times. The potential is there for the global economy to start lifting out of the depression that it has fallen into. The first half of 2022 is going to be the most active as far as planetary movement is concerned. For example, in February, on the 18th of February, we will see Jupiter teaming up with Uranus. Jupiter brings joy, Uranus brings change. On this occasion, we should see a return to greater freedom. Just to set that into a wider context, Aquarius that is concerned with humanity teams up with Saturn, who brings with him tough lessons, and what will result in on this occasion is the start of a partnership that will last through to 2023, along with the beginnings of a return to normality. Obviously, it’s not going to happen overnight, but the building blocks will be set in place.

In April, Jupiter will team with Neptune, indicating that the world is going to wake up to the fact that meditation and spirituality are actually life changes, but alongside that, there’s going to be some amazing opportunities for travel, people to dream big, full spiritual adventures probably resulting from the increased meditative activity, the potential to make soulmate connections, also to witness or even be a party to massive manifestations. However, all this good stuff can go either way. It can either be very positive or very negative. What I am hoping is that Jupiter, because he’s so active this year will have the high energy needed to counter the negativity that Neptune, the master of illusion will bring.

If you become aware of negative situations, or negativity building around you, take it in hand, put a tight reign on it, it will help considerably on the 3rd or 4th of May, alignment between Jupiter, on this occasion amplifying Pluto’s transformative energy could lead to a healing crisis. It’s nothing to be worried about because Pluto’s energy during 2022 is mainly positive. Coupled with Jupiter, the joy bringer, it could be any situation that could be healed be that mental health, physical illnesses or complaints, within relationships or even the planet. Along the way, you can help by having a purge, a clearing of energies, attitudes, thought patterns, behaviours, anything that is no longer serving you. Get rid of it because what you will be doing is freeing up space for new growth. Moving on to the more specific areas, you are in for a really exciting life this year. How is it going to pan out? It’s because powerful planets such as Saturn and Uranus will pair up with what’s known as the nodes of Destiny. The nodes of Destiny have a karmic effect, so it could be things that are hanging over from previous existences or it could be things in your future. There’s a northside node and a south node and it’s going to have a real effect on you. Underneath it all, there’s a new and improved you forming. You are pretty good as you are, but it will be a different version of you, different attitudes, different ways of approaching things, different thought patterns, but the time will arrive for you to have a grand unveiling and share the new you with the wider world around you.

Healthwise, nothing, in particular, is building, but do keep an eye on things. Don’t take your health for granted. Someone new is going to come into your life and they will be able to pass on to you some really important information that you will be able to absorb and use to your advantage. Moving on to your Tarot. The first card we have the Two of Wands, Four of Pentacles and the Nine of Pentacles. Really lovely cards. The Two of Wands, I want to say to you that the World is your oyster quite literally, you can do anything and everything that you set your mind to. I also see you looking ahead, trying to work out where you want to be. Give yourself some time, give yourself permission to reflect on your achievements and where you want to be in a month’s time, six months’ time and a year’s time, and then you can start setting yourself some goals. In the middle, we’ve got the Four of Pentacles which I think of as the miser, but he’s actually not. He is advising you that you will have sufficient money to do whatever you plan to do btu don’t be loose with your money. Do be careful. Finally, we have the Nine of Pentacles. This again is looking at what you have achieved and quite rightly so feeling happy, feeling content with what you have achieved. It hasn’t always gone your way, it has to be said, but you have managed to turn things around and make them work. All these are still in your arsenal and available to you, so don’t forget that. I’m done for now, I’m gonna wish you a happy new year. 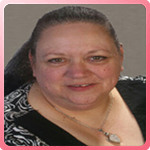