How Can I Cleanse My Home Of Negative Energy?

How Can I Cleanse My Home Of Negative Energy?

Everything we do leaves a trace of energy wherever we go. Did you know that negative energy sticks more often to places and people than positive energy? Strong negative energy from tragic events, illnesses, bad thoughts and intentions attaches itself to living beings and non-living things and has a huge effect on anything that interacts with it.

If you feel unsettled or anxious in your own, this might be a sign that the negative energy surrounding your space is now affecting your life. You may not be aware of it but constant exposure to negative energy can take a toll not only on your body but more so on your mental and spiritual health. To get rid of this unsettling feeling and attract positive energy to your home, you need to cleanse the negative energy lingering in your space. When you cleanse your space regularly, you’ll find that you’ll feel lighter, happier and more creative.

There are many different means to cleanse your home of negative energy. But before doing so, make sure to clean your clutter and state your intention when doing these rituals or ceremonies. Doing so can strengthen the ritual and make it more effective. One popular way to cleanse negative energy is through smudging or burning incense. Smudging is an ancient ritual that involves burning sacred or medicinal plants to get rid of negative energy around a person. It is believed to be a sacred ritual to purify the soul of a person and to cleanse a place of negative energy using the four elements of the natural world. The term ‘smudging’ comes from the word ‘smogen’ which is a Middle English word, and also a place in Sweden (Smögen).

The four important components of smudging include the container, the plant that is burned, the fire produced, and the smoke that is created and wafted over a person or a place. In smudging, an abalone shell is used to represent the element of water. It acts as a bowl to hold the leaves that are burned during the ritual. Alternative containers include wooden stands or ceramic pots or metal trays to hold the burning smudge stick.  Plants represent the element of earth. Some of the plants or the herbs commonly used in smudging are sage, palo santo, cedar, and lavender. White sage or a blue/dessert sage is known to ward off bad spirits and negative thoughts. For cleansing and to invite good fortune, palo santo is often used especially when directed at a person. For protection and grounding, cedar is used while lavender is used to bring peace of body and mind, especially when used before sleeping. Other plants or herbs used in smudging include sweetgrass, rosemary, copal, and frankincense which are not only fragrant but have their respective cleansing, healing and protective qualities.

Use a candle or a kitchen torch to properly light a smudge stick or burn the leaves. Lighting the smudge stick using the flames of a gas stove can also be done. Lighting represents the element of fire. Once the plant is ignited, blow on the flames to create smoke. This represents the element of air. A feather can also be used to waft the smoke all over the place.  As you are blowing the smoke, make sure to state your intentions so that the air can carry it to every nook and cranny of your home. There are many different phrases, mantras and prayers which can be uttered during smudging rituals but it is best to be sincere and honest in your intentions to get the best results. To extinguish the flames, dunk the stick or cover the burning leaves with sand or soil.

Aside from smudging, strategically placing crystals all over your home is also helpful. Crystals are known to have unique vibrational energy that can activate, harmonize, restore, clear and ward off negative energy. Their different properties can best be utilised in different parts or corners of a home. Having crystals all over your home can be very powerful especially when the smoke from your smudging also reach these crystals and not only cleanse them again but also strengthen their natural properties. Some crystals best used for cleansing negative energy or to serve as protection from negative energy include the following: 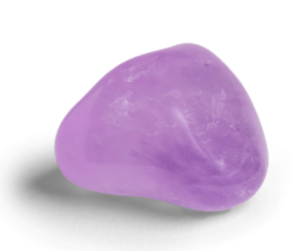 Amethyst is known to repel negative energy that is why it is commonly found in the living room as this is the place that receives most guests which might carry different negative energies. Black Tourmaline acts as a protective shield or barrier against negative energy that is why it is often placed in corners of a room especially in the entryway or any opening in the house like windows. 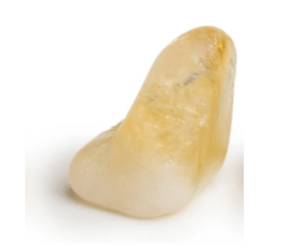 Citrine invites positivity not only in a room but also in a person. It not only promotes personal growth but also attracts wealth and abundance. Citrine can be placed in your office or kitchen. Rose Quartz promotes stability especially in all types of relationships. Rose quartz is often placed in bedside tables or in the living room to promote harmonious relationships. 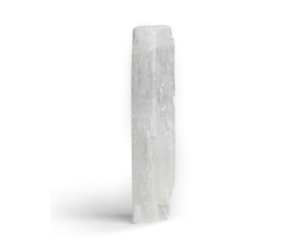 Selenite helps in unblocking stagnant energy to promote a healthy flow of good energy. It is best placed in study rooms or libraries to promote creativity and innovation.

While you are at it, make it a habit to cleanse yourself as well to get rid of the negative energy that you are carrying that might leave a trace in your home. Make sure to smudge yourself from head to toe and especially under your feet to leave behind everything that you might have picked up on the outside. Smudging sacred plants and herbs can also be done during meditation and even yoga or during anything that requires relaxation and concentration for cleansing and healing. Take care not only of your physical and mental health but also your spiritual wellbeing which is connected to the space around you. Other reasons why you should cleanse your home can include the following:

Doing these activities every week or even daily can help you release the negative energy not only in your home but also the energy that you carry. If you are planning to sell your home, cleansing it first of negative energy is beneficial especially if the house witnessed some painful moments. If people are tied to the property, performing a releasing ceremony can help both the person and the property to accept the change. Not only will these cleansing activities allow for positive energy to enter the space but it can also help attract prospective buyers.

If you need assistance in cleansing or meditation and would like to seek advice from a Psychic, phone us on 0818 400 111. Our Psychics can also perform spiritual protection and guidance for healing and to achieve peace.